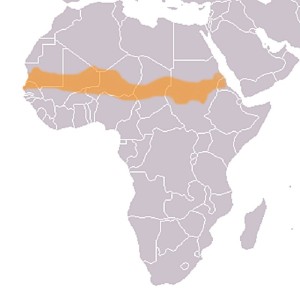 Political instability has plagued the Sahel countries for years. In Mali, the military coup of March 2012 brought an abrupt halt to 20 years of relatively stable democracy. In its aftermath, terrorists who had occupied most of the northern region started heading south, intent on taking control of the whole country. In January 2013 a French-led and Chad-supported intervention stopped their advance. The conflict compounded the security and humanitarian crisis, in part by disrupting supply routes and causing food shortages.

The crisis in neighbouring Darfur, Sudan, and the presence of an armed rebellion in the east of Chad did damage to Chad’s security that will last for years. And during Niger’s 50 years of independence the country has seen two armed rebellions, four coups, seven governments and periods of promising democratic change as well as reversals.

In a region with porous borders, a political or security crisis in one country is often a serious threat to neighbours. These borders have benefited criminal networks and drug traffickers. The UN Office for Drugs and Crime (UNODC) estimates that major illicit flows linked to criminal activities in the Sahel amount to $3.8 billion annually. 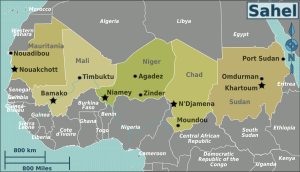 The rise of kidnapping for ransom in the region was closely linked to, and a main driver of, AQIM’s growing presence in the Sahel. Since the end of the Tuareg rebellions in northern Mali and Niger in the mid-1990s, banditry affecting the Sahara and Sahel included occasional kidnappings of foreign nationals for political reasons, but more often for financial benefits. Going back as far as 2003, the abduction of 32 European tourists in southern Algeria (17 of whom were freed on Algerian territory, while the 15 remaining hostages were released in northern Mali after six months of captivity) was novel both in its scope and with regard to the responsible party. Those kidnappings were carried out by the Algerian insurgent group, Salafist Group for Preaching and Combat, which in early 2007 changed its name to al-Qaeda in the Islamic Maghreb (AQIM). However, that kidnapping remained a one-off incident for several years and there was little evidence that the group had a significant presence regionally.

This changed in December 2007 when four French tourists were killed by AQIM members in southern Mauritania. Soon afterward, in early 2008, a series of kidnappings across the region began. Up to 2017, around 100 foreign nationals have been kidnapped, and while the majority have been released, some remain in captivity, while a number either died in captivity, or were executed by their captors. The most recent abductions occurred in October 2016 when an American aid worker was kidnapped in Niger and driven into northern Mali, then again in December 2016 when a French aid worker was kidnapped in Gao in Mali, and most recently, on 8th February 2017, when a Colombian nun was kidnapped in Koutiala, Mali, 300 kms east of Bamako and close to the border with Burkina Faso. The whereabouts of all three is currently unknown.

The locations of these abductions included southern Algeria, Tunisia, Mauritania, Niger, as well as northern Mali, but in all cases the surviving hostages were held and released in northern Mali by AQIM or by the AQIM offshoot Movement for Tawhid and Jihad in West Africa (MUJAO).

The kidnappers focused on nationals of states that were known to be willing to negotiate ransom payments.

Political motives to spread terror played a limited role in AQIM’s hostage takings. Although political demands were at times voiced by AQIM in messages posted on the Internet, available evidence suggests that all releases of Western nationals were secured through ransom payments, in some cases coupled with the release of prisoners linked to AQIM or MUJAO by Mali or Mauritania.

In several instances, attempted rescues or the refusal to pay ransoms led to the death of hostages.

Kidnapping for ransom has therefore developed into a highly lucrative industry that has allowed AQIM to become a significant political and military force in the Sahel and Sahara. Based on available information, the income derived by AQIM, MUJAO, and associated mediators from kidnappings is likely to have totaled over $50 in the past decade, paid mostly by Western governments (though often denied or never admitted).

Since the overthrow and death of the Libyan strongman Muammar Gaddafi in 2011, arms smuggling out of Libya to Egypt, Tunisia, Algeria, and down through the Sahel has been thriving. Moreover, rivalries over the control of illicit activity have helped fuel violent conflicts in southern Libya between militias, along tribal lines.

In 2017, across the Sahel more than 30 million people continue to struggle with food insecurity, one in five children under the age of five suffers from acute malnutrition, and nearly 5 million people have fled their homes.

Ongoing instability and violence in Cameroon, Chad, Mali, Niger, and Nigeria exacerbate existing vulnerabilities and continue to displace people. In Mali, where a fragile political agreement is in place, the humanitarian situation is stable but remains challenging. Some 3.7 million people in Mali, and 135,000 who have sought refuge in Burkina Faso, Mauritania and Niger, still need humanitarian assistance.

In the Lake Chad Basin, Boko Haram attacks continue, and the scale of suffering is high. According to the UN and a number of aid agencies, around 11 million people will require emergency relief in 2017. 7 million people including half a million children are acutely malnourished and require food.

During a meeting of Sahel regional leaders in Bamako in early February, Chad’s President Idriss Deby warned, the Sahel region risks becoming a “space for terrorists” unless immediate, coordinated action is taken.

The presidents of Chad, Burkina Faso, Mali, Mauritania and Niger (The Group of 5, or G5) met in Bamako to discuss the region’s deteriorating security situation, where attacks mounted by jihadists and armed groups are on the rise and increasingly targeting civilians. Concluding the meeting, the G5 leaders agreed to set up a regional anti-terrorist task force (numbers of troops unknown) to counter jihadist attacks. UN Security Council approval and a UN resolution would be requested before the force could be set up, Niger’s President Mahamadou Issoufou said following the meeting.

“We have witnessed these last few months a multiplication in terrorist attacks in the Sahel. These attacks remind us of the urgency of our fight,” the Chadian President said, in his role as chief of the G5 group of nations.

The threat posed by these groups was “not only real but taking on new proportions,” the longtime Chadian leader said. “If we do not act quickly our zone will become a space for terrorists.”

Around 3 500 French troops are currently stationed in the Sahel with a mandate to secure the vast, largely desert area in the face of an increasingly nimble array of Islamist groups, some aligned with Al-Qaeda

“We need to co-ordinate our efforts to rise up to the challenge,” said Malian President Ibrahim Boubacar Keita, whose nation has struggled with jihadists using its northern region as a launching pad for attacks.

The Sahelian leaders’ words echo fears among the international intelligence community that jihadists could mount more attacks like the ones carried out in three other west African nations, but planned in Mali since January last year.

Mali itself is frequently hit, and most recently, on 18th January 2017, in the northern city of Gao, more than 70 people died in a VBIED (Vehicle borne improvised explosive device) suicide bombing, an attack claimed by Al Mourabitoun, a group affiliated to AQIM, against militias (former rebels themselves) committed to restoring peace in the African country, the worst such attack in years. The bomber forced entry into the Joint Operational Mechanism military camp in the morning, as around 600 soldiers and allied militias were assembling. 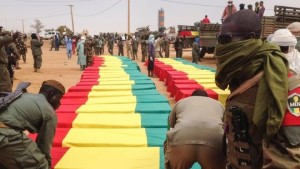 The incident occurred days after French President Francois Hollande visited the camp, even though Gao is considered the best-secured town in northern Mali, with multiple UN, French and Malian army checkpoints along main roads

Regionally, Chad and Niger continue to battle Nigerian Islamist group Boko Haram, who have sought what they believed would be safe refuge from ongoing Nigerian Army attacks across the border, in their previous strongholds in NE Nigeria, while Mauritania, once plagued by Islamist attacks within its borders, has made significant security gains, though the British, Canadian and US Govts continue to advise against any but essential travel to the country. As recently as October 2016, the US Embassy in Mauritania warned that it had received information of jihadist attacks planned for Nouakchott (which ultimately did not take place).