Niger’s Defence ministry has announced that 32 troops have been killed and 67 wounded in a clash with Boko Haram militants in the country’s southeast. The West African nation is part of a multinational force battling the jihadist group. As a consequence, on 8th June the Chad Defence Ministry announced that Chad was deploying 2,000 troops to Niger to assist in the fight against Boko Haram.

Hundreds of Boko Haram assailants staged an overnight assault on Friday 3rd June on a Niger military post in the south-eastern town of Bosso (east of Diffa – see map below), according to a Nigerien defence ministry statement on Saturday 4th June.

Thirty soldiers from Niger, as well as two from Nigeria, were killed in the attack, the ministry said, adding there were also “several deaths” among the militants. 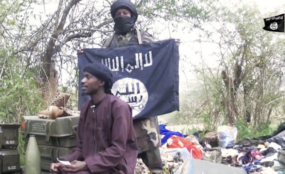 “The counter-offensive conducted early this morning helped to retake control of all the positions in the city of Bosso. The situation is under control and calm has returned,” the Defence Ministry statement said. “A sweep is ongoing in the area with the mobilisation of all land and air means.”

However, unconfirmed reports as at 8th June indicate that Boko Haram, after being forced back by Niger Army soldiers, re-entered the town on Sunday 5th June and may have regained control of Bosso, though information at this stage is still unclear as to who actually controls the town.

However, the Nigerien government continues to deny that Boko Haram still occupy Bosso, and said in a statement that the town was “completely under control” on Monday 6th June.

As a consequence of this most recent attack, thousands of refugees are on the march again, seeking refuge in the town of Toumour, 30 kilometres west of Bosso, and in the town of Diffa, 100 kms beyond Toumour

Residents described the attack by Boko Haram as fierce, with reportedly the use of heavy weapons (likely mortars and rockets rather than artillery) during the attack, which destroyed military, police and local administration facilities in the town.

Local resident and former MP Elhaj Aboubacar claimed that the attackers “drove up at twilight, shouting Allahu Akbar, they fired a lot of shots and torched many places in Bosso. We don’t know where our military went, but one thing is for sure, Boko Haram were able to do what they liked until dawn”.

Thousands of people attempting to escape Boko Haram attacks across the border in Nigeria have previously fled to the Diffa region where Bosso is located.

Towns in the area have been increasingly hit by violent raids by the militants, who launched their insurgency in their original stronghold in north-eastern Nigeria in 2009. The group is seeking to carve out its own state and establish a strict interpretation of Islamic law in West Africa.

Military offensives mounted by a regional taskforce and Nigerian and Cameroonian troops have pushed Boko Haram further back into the northeast corner of Nigeria, prompting the militants to scatter and ramp up attacks across the border in Diffa.

The violence has traumatised many of the Nigerian refugees and displaced Nigeriens residing in Diffa, and left them with scarce food or water, little opportunity to work or trade, and vulnerable to disease and malnutrition, according to aid agencies.

Niger’s President Mahamadou Issoufou said Boko Haram had not only caused significant upheaval in Diffa and destroyed schools and health clinics, but also paralysed the region’s economy. In retaliation for the recent Boko Haram incursions into Niger, on Saturday 11th June the Niger Defence Ministry announced that Niger, in conjunction with Chad, would deploy troops to Borno State in Nigeria (troop numbers and timing to be determined) in an effort to degrade the insurgents’ capacity to wage war in Niger.

Niger, one of the world’s least developed countries, has been hit by the soaring number of migrants passing through the vast, landlocked nation, crossing the Sahara Desert on their way to the Mediterranean coast and across into Europe.

Across the border in Nigeria, on Sunday 5th June, Nigerian Defence Headquarters claimed to have uncovered plots by Boko Haram to bomb locations in Nigeria during the Ramadan fast.

Brigadier Abubakar said in his statement that “against this background, the Defence Headquarters (DHQ) wishes to once again advice (sic) the general public to be watchful of strange persons and objects in their localities particularly, around places of worships and to promptly report same to security agencies. It is further to advice (sic) that adequate security and surveillance be evolved by respective places of worship to forestall any unwholesome acts by some unscrupulous elements”.

Notwithstanding the increased security procedures in place, on Thursday 9th June, militants attacked a pipeline operated by the Nigerian National Petroleum Corporation (NNPC) at Ogidigben in Delta state, then on Friday 10th June the NDA (Niger Delta Avengers) claimed a further attack on pipeline facilities in the Delta, this time against a Nigerian subsidiary of ENI, in an announcement of their Twitter account: “3:00 am (0200 GMT) of Friday @NDAvengers blow up the Obi Obi Brass trunk line belonging to Agip Eni. It is Agip’s major crude oil line in Bayelsa State”.

Applauding the reduced international purchases of oil from Nigeria (mainly through lost production), the militant group in another tweet said: “It is good foreign refineries stop buying Nigeria oil because the Nigeria state has been robbing the Niger Delta of her oil and gas. We will inform the international communities when we are open for business”.

The most recent attack came three days after the Nigerian government had announced that combat troops deployed to the area had been ordered to stand down and return to barracks. That following day, however, the NDA dissociated itself from any truce with the government, saying “if the federal government is discussing with any group, they’re doing that on their own.”

This damage to Agip assets is the latest in a series of attacks against Chevron, Shell, Agip-ENI and NNPC oil and gas installations across the Niger Delta over the last few weeks.

The NDA continue to pursue an independent and sovereign nation for the people of the Niger Delta, calling on the international community to intervene to compel the Nigerian government to yield to its demand, in order to “avoid a situation like Sudan before the southern part of that country finally broke away in 2011”.

“We are calling on the international community especially Britain, France, the United State of America, Russia, China and European Union to speak up against this ongoing terror and come to the aid of the Niger Delta, as witnesses to this grave inhumanity and history of terror perpetuated against the people of the Niger Delta daily. The Nigerian government has decided to mobilise her military might to intimidate, torture, maim, victimise and bombard a section of the nation state and her citizenry to allow the free flow of our oil.” according to its spokesman “Brigadier-General” Mudoch Agbinibo.

This is a forlorn call as the Nigerian Govt and its President Muhammadu Buhari, a former military leader himself, remain steadfast in protecting the Federal unitary State, would never accede to any such demand, nor would they accept any international interference in Nigeria’s internal affairs.

The Niger Delta is an unfolding tragedy. From the mid-2000s, the government of former President Olusegun Obasanjo started publishing publically the amounts each State Government (Rivers, Delta and Bayelsa) received monthly from the federation account. According to those accounts, between 2010 and 2014, the Niger Delta states received over USD35 billion (Naira 7 trillion) between them. Such massive sums from the Federal Treasury could have transformed the lives of the 30 million people in the region, blighted by an environmental catastrophe, through the construction of schools, hospitals, clinics, reliable power generation, and a clean water supply system, in the process lifting millions from the poverty they continue to endure.

As pronounced time and again by the various militant groups, no such transformation has place, with those trillions of naira poured into the Niger Delta instead creating a new crop of political elite – governors, local government chairmen, local chiefs and former MEND leaders who now maintain private armies and reportedly travel in private jets.

In the years since the Niger Delta crisis escalated, the federal government has adopted three basic consecutive approaches, being money, bureaucracy and military force. Unfortunately, each approach has simply seen the region worse off, the only exception, perhaps, being the amnesty programme by former President Umaru Yar’Adua which at least brought an end (until the appearance of the NDA) to the violence against the international oil companies (while simultaneously enriching MEND’s former militant leadership).

Extreme levels of corruption and its consequences have taken a toll on Nigeria’s financial capacity and credibility. This month, the Nigerian Government declared that it had seized more than $10.3 billion in looted cash and assets in the past year, as a consequence of President Muhammadu Buhari’s anti-corruption campaign.

Information Minister Lai Mohammed said that the government expects repatriation of some $330 million stolen from the public treasury and stashed in banks abroad. Most is in Switzerland. The Government has promised to publish a list of the names of accused officials.

Mohammed said the funds include $583.5 million recovered in cash and $9.7 billion in cash and assets under interim forfeiture, including sea-going vessels, buildings and land.

To date, hundreds of Nigerian officials have been arrested, including a former national security adviser who has been accused of diverting $2.1 billion meant to fight the Boko Haram Islamic insurgency.

This week alone, the Nigerian Army announced that many senior officers, accused of corruption and the theft of billions of dollars meant to purchase arms for the Army, have been sacked. Army spokesperson Colonel Sani Kukesheka Usman says “quite a number” were sacked on 10th June, mainly major-generals, brigadier-generals, colonels and lieutenant colonels, with some of those officers handed over to the Economic and Financial Crimes Commission (EFCC) for further investigation.

Among senior officers currently on trial for corruption, the most senior is the former Chief of Defence Staff Air Marshal Alex Badeh.

President Muhammadu Buhari has blamed corruption for the previous government’s failures to curb the Boko Haram Islamic insurgency centred in the northeast.

The state director of Nigeria’s security service, the Department of State Security (DSS), Abdullahi Bello Chiranchi, announced the arrest in Kano on 10th June of five persons allegedly connected to the creation of sleeper Islamic State (IS) training cells in the state. He declared this as a significant breakthrough in blocking attempts by IS to create a training area in Kano State for IS. 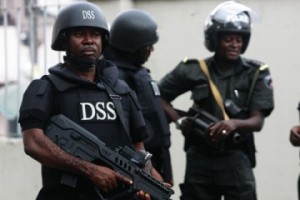 Chiranchi said those arrested are from Kogi State and were in the process of travelling on to Libya.

Kogi State is home to the potentially world class Agbaja iron ore project managed by Kogi Iron Limited, an Australian company listed on the ASX, on behalf of which OAMME Director John Gartner has consulted and provided pre-investment security analysis. News that Kogi may be home to sympathisers to the IS cause will not be well received by foreign investors, and the need to ensure appropriate security procedures are in place, and reviewed with regularity, should be foremost in responsible planning, as projects develop and the deployment to Nigeria of foreign investor and management teams continues.