Oil theft in Nigeria costs the country an estimated $8bn in revenue every year. The level of theft is so high that some multinationals are pulling out, and reducing their onshore presence in the country, and as a result, Nigeria is now facing its worst oil crisis in years. 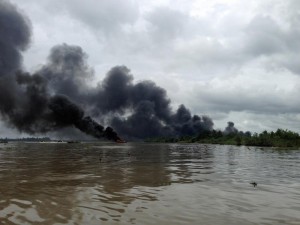 Stolen crude oil is refined, bunkered on barges and then sent via tankers in the Atlantic to buyers in West Africa, Europe and Asia, an operation so extensive that the workers are only one end of what the Nigeria Government believes to be a vast international criminal network. 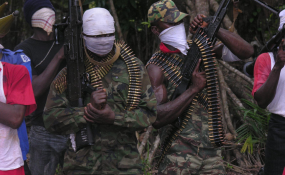 On Friday 3 June 2016, the Niger Delta Avengers (NDA) claimed responsibility for another attack on an oil facility owned by Shell Petroleum Development Company (SDPC) in Delta State, saying it had issued a prior warning to the oil producer to desist from carrying out any repair activities in the area.

The NDA released this statement: “At 3:00 am today (Friday 3 June) @NDAvengers blow (sic) up the SPDC Forcados 48″ export line. We warned SPDC not to go ahead with repair works but they refused.”

The attack followed a series of bombings that have affected Chevron, Agip and NNPC oil and gas installations across the Niger Delta in this past week alone.

The NDA made a similar claim on its favourite communication platform, Twitter, saying it blew up “Ogboinbiri to Tebidaba and Clough Creek to Tebidaba crude oil pipelines in Bayelsa State,” as part of its campaign to bring Nigeria’s oil production output to “zero.”

The NDA also claimed responsibility for the “destruction” of Chevron oil wells RMP 23 and RMP 24, and mocked Nigeria’s military, accusing the Army and Police of being “good in harassing innocent civilians.”

However, the Nigerian military this week responded to the NDA taunts and their claims that Defence had become helpless in the circumstance, saying the military would not be negligent in its obligations to all Nigerians.

“Defence Headquarters wishes to emphasize that the Nigerian Armed Forces will not relent in their efforts to flush out economic saboteurs masquerading under whatever guise to perpetuate evils in the Niger Delta,” Rabe Abubakar, the Acting Director of Defence Information, said in a statement.

The NDA is demanding a sovereign nation for the people of the Niger Delta.

In May, the NDA rejected attending a meeting, convened in Abuja by the federal government, instead warning of its readiness to carry out an attack that will “shock the whole world”.

“The Niger Delta stakeholder’s meeting is an insult to the people of Niger Delta. What we need is a Sovereign State not pipeline Contracts,” the militants said.

Claiming responsibility for the recent attack on Chevron facilities, the NDA, on its twitter handle @NDAvengers, said: “(Despite) the heavy presence of 100 gunboats, 4 warships and jet bombers, NDA blew up Chevron oil well RMP 23 and RMP 24….This is to show the whole world that the Nigeria military is good in harassing innocent Nigerians. RMP 24 and RMP 23 are Chevron swamp highest producing wells.”

The NDA attacked Chevron’s facilities at Dibi, Warri North Local Government Area, while Nigerian Army soldiers, who had laid siege to local communities in Warri South West Local Government Area over the previous week, were carrying out cordon-and-search operations, looking for arms and ammunition (hence the claim by the NDA of Nigerian Army harassment of innocent local villagers.

Like its now-sidelined predecessor MEND (The Movement for the Emancipation of the Niger Delta), the NDA has been seeking to highlight the tremendous pollution throughout the Niger Delta, which they blame on international oil producers (including Shell, Chevron, Agip) 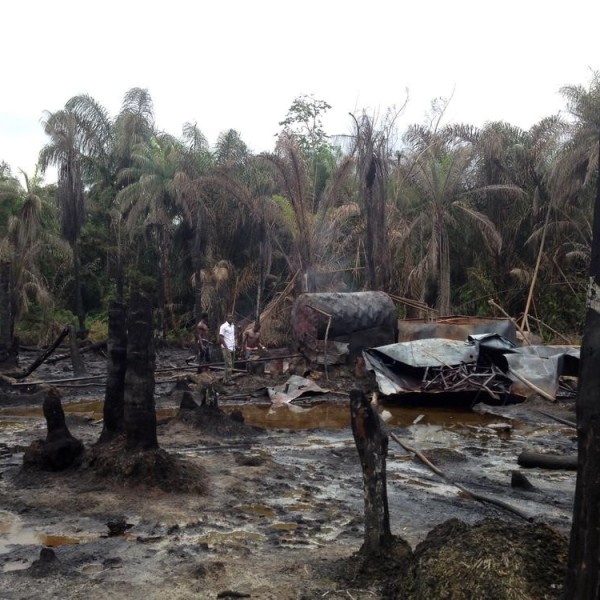 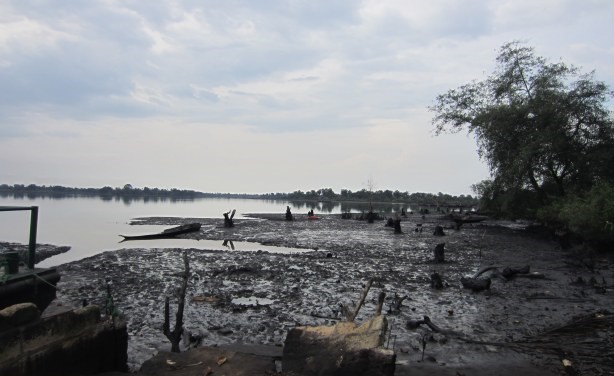 Some Niger Delta elders have accused “unpatriotic but powerful individuals’ of having an agenda “to destabilise President Muhammadu Buhari’s administration and return Nigeria to the dark days”. These elders believe these individuals are “responsible for the spate of bombings of oil facilities in the area, using a faceless group known as Niger Delta Avengers”.

The continuing attacks against international oil facilities come at a time during which the crude oil price has declined to below USD50 per barrel, a consequence of ongoing market pessimism.

Nigeria’s inability to suppress militancy in the Niger Delta will continue to affect the country’s diminishing production output, putting further pressure on an already depleted Treasury to fund development programmes in the Delta, leading to an endless cycle of violence by the militants followed by heavy handed military response within the Delta. 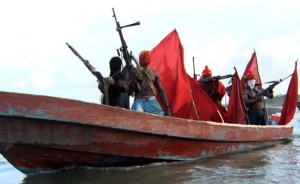