During the last week of July, around 20 combatants were killed, and at least 40 others wounded in two days of fighting in the town of Kidal, in northern Mali, threatening the already shaky peace deal. 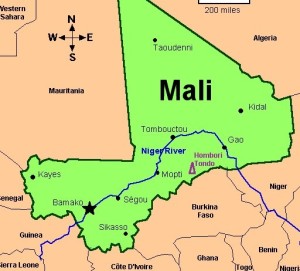 As a consequence, Mali politicians have agreed to extend the country’s state of emergency by an additional eight months in response to ongoing violence in the restive northeast.

Members of Parliament unanimously backed the extension in a session of the National Assembly in Bamako on Saturday 30th July.

“I want to reassure that the state of emergency contributes to the stability of the country” Interior Minister Abdoulaye Idrissa Maiga told politicians.

The new state of emergency, which gives security services additional authority and restricts public gatherings, will last until March 29, 2017.

The Tuareg-dominated coalition of five separatist rebel factions known collectively as the Coordination of Azawad Movements (CMA) clashed with the rival Gatia militia fighters, with whom they had peacefully shared control of the town of Kidal since February 2016, the UN

Mali’s government, which has not had a military presence in Kidal since clashes between the army and Tuareg rebels killed 50 soldiers there in 2014, urged both sides to end the fighting.

“The government of the Republic of Mali considers that the situation created by these clashes constitutes a serious threat to the implementation of the peace accord,” it said in a statement.

MINUSMA said it has since stationed troops in heavily populated areas of Kidal to protect civilians.

The UN also deployed drones to monitor the fighting, and a region wide French counter-terrorism mission used combat helicopters to patrol the skies above the town, according to a statement from MINUSMA.

The gunfire in Kidal had largely subsided after 2 days of intense fighting, as the CMA claimed to have driven Gatia fighters from Kidal.

“We control the town in its entirety along with the surrounding areas. Calm has returned,” said CMA spokesman Almou Ag Mohamed, while two officers in the pro-government militia also confirmed that Gatia had withdrawn from the town.

MINUSMA called for an immediate cessation of hostilities and said that it was working with leaders of both groups to mediate the conflict and resume the peace process.

The latest bout of violence erupted on the same day Mali declared a 10-day state of emergency and a three-day national mourning period after 17 Malian soldiers were killed and 40 others were wounded in an attack on a military base in the town of Nampala in central Mali.

On a broader strategic operational note, The Netherlands announced that it plans to withdraw its combat and support helicopters from Mali at the beginning of 2017 due to the heavy strain the deployment had taken on its helicopter fleet, according to a Dutch Ministry of Defence spokesman

The Royal Netherlands Air Force has contributed four AH-64D Apache attack helicopters and three CH-47D Chinooks transport helicopters to the UN Multidimensional Integrated Stabilisation Mission in Mali (MINUSMA) since 2014. They are currently deployed at the MINUSMA base in Gao. 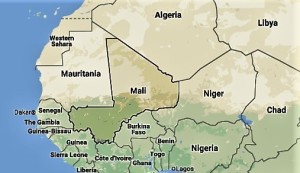 This withdrawal of tactical air assets may be coming at an inopportune time for the Mali defence authorities, with Islamic State (IS) fighters in Libya facing eventual defeat in its one stronghold of Sirte. These fighters are likely to scatter throughout the region, including passing through Niger and/or Algeria and into Mali (refer to the map).

According to the UN Secretary-General, in a report to the UN Security Council in New York, there remain up to 7,000 IS fighters from Algeria, Tunisia, Egypt, Morocco, Mauretania and Mali within Libya’s borders, though most of these fighters have now retreated from the coastal city of Sirte (under Libyan militia assault) and have dispersed and regrouped in southern Libya and across the border in neighbouring States (including Mali)