Gabon President Ali Bongo Ondimba has warned of possible unrest during the upcoming August 27 election, which he described as a “strategy” of the Opposition challenging his eligibility to seek a second seven-year term.

“It is to be feared, because it is the opposition’s strategy for many years,” Bongo said in Libreville this week, in answer to an enquiry as to whether feared abuses and violence in the lead up to, during and after the Presidential election. 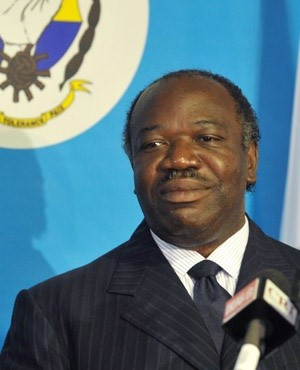 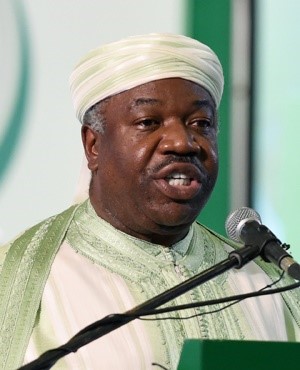 The Opposition, according to Bongo, “has started to heat things up by announcing that the election will not be transparent, that we will steal victory”.

Bongo described as nonsense the arguments of critics who have opposed his re-election on the grounds that he is a Nigerian who had been adopted in the 1960s by his father, long-ruling former president Ali Bongo, and was therefore ineligible as a foreigner under the Gabon Constitution.

“If they come to this kind of argument – challenging my eligibility, my birth and other nonsense – this proves that they recognise that my record is good. They fear an honest campaign, programme against programme, and obviously prefer slander,” he added.

The representative of the EU election observation mission in Gabon recently called on politicians to “do everything to avoid any violence or any form of provocation” as tensions continue to climb ahead of the presidential polls.

As the elections approach, the Gabon security forces (primarily the Gendarmerie) have had a greater presence in the capital Libreville, including more extensive nighttime road checkpoints.

Assessing his seven-year term, President Bongo declared his regret at “not having maintained the pace of reforms”, particularly with regard to diversifying the economy of the oil-producing west

Ali Bongo was elected for a first term in a disputed August 2009 election, following the death 3 months earlier of his father Omar Bongo Ondimba, who had been President of Gabon since 1967 and had ruled for 41 years until his death in 2009, despite his many critics describing him as a corrupt despot.

Omar Bongo’s rule saw the country tap its new found oil wealth, leading to a per capita income four times that of most sub-Saharan African nations. Gabon’s 230 000 barrels per day output of crude oil makes it one of sub-Saharan Africa’s top oil producers

However most of that wealth has yet to trickle down to ordinary people, with critics of Ali Bongo accusing the entire Bongo family of usurping the country’s riches while simultaneously stifling democracy, with an estimated third of the population of 1.6 million people living in relative poverty.

In May 2016, the Gabon Government accused Ping of seeking to foment civil war after he made statements allegedly calling on supporters to fight “to the death” and talked about a war “to get rid of the cockroaches”.

Nzouba Ndama, who served in the ruling PDG under both Ali Bongo and his father, including as Vice President of the Party, broke with the PDG in March 2016 and in April 216 he declared his intention to stand for President in the August 2016 elections.

According to Nzouba Ndama, interviewed recently on French TV, “If Ali Bongo loves his country so much, it would be highly important for him to withdraw his candidacy in the next election” (French “Si Ali Bongo Ondimba aime tant son pays, il serait hautement important pour lui de s’abstenir d’être candidat à la prochaine élection” ).

Raymond Ndong Sima is a former Minister of Agriculture before his appointment as Prime Minister in Feb 2012, serving until January 2014. In mid-2015 Ndong Sima quit the ruling PDG, claiming the Party was not open to criticism and different points of view. He was also highly critical of the mismanagement of Gabon’s finances.

Earlier this year, President Ali Bongo Ondimba, when announcing that he would be seeking a second 7-year term, pledged to fight “unwarranted privilege” in the tiny African nation.

If re-elected, Ali Bongo pledged he would “fight with determination against unwarranted privilege and build a better life together” for Gabon’s 1.6 million people, most of whom are mired in poverty despite the oil wealth. He also vowed to diversify the economy in a country where oil accounts for 60 percent of state revenues.

Meanwhile a court in the western French city of Nantes recently dismissed a case filed by Ali Bongo’s half-sister – one of 54 heirs to his father’s fortune – alleging his birth certificate was a forgery. The Nantes civil registration centre is responsible for all birth certificates of people born in French Equatorial Africa up to 1960, when the former regional French colonies gained independence to become Gabon, Congo, Chad and the Central African Republic.

Controversy has been brewing for years over Ali Bongo’s place of birth, with many critics saying he falsified his birth certificate to hide the fact that he was adopted from another country (Nigeria). Ali Bongo himself claims he was born in Brazzaville in 1959, at that time the former capital of French Equatorial Africa.

The Gabonese Constitution says the Head of State must be born Gabonese, but allegations have been made regularly that the President is actually Nigerian, having been adopted by Omar Bongo Ondimba during the Biafran war in the period 1967-1970.

This week in Libreville, another of the 14 candidates for President opposing Ali Bongo, Leon Paul Ngoulakia (one of Ali Bongo’s cousins and until recently one of his closest aides) called for Ali Bongo to submit to a DNA test, saying in Paris that “Ali Bongo has produced at least 4 birth certificates, all seemingly fake…we are faced with a candidate who has no right to be a candidate…we are witnessing a forced transition and a violation of our constitution”.

Throughout 2015, strikes in schools, hospitals and in private business, along with a drop in vital oil revenues, certainly brought turbulent times for Gabon and for Ali Bongo Ondimba himself

Rallied by a score of trade unions in the public sector, teachers and health workers went on strike in February 2015 in order to press home wage claims, prompting the Administration to deduct strike time from salaries

Teachers’ unions threatened to write off the 2015 academic year for students if the government refused to meet demands for a substantial rise in the minimum monthly salary, from 80 000 CFA francs to 300 000 CFA francs.

In rejecting the teachers’ claims, the Government argued that to comply would mean a spending hike “from 680 billion CFA francs [approximately $1.1 billion] to 2 500 billion CFA francs per year … which is insupportable for the smooth running of the state.” But in Gabon the last word lies with the President, whose role it is to mediate during such clashes, though his many critics hold him primarily responsible for most of the social discontent, and in March 2015, Bongo called for classes to resume, asserting that he had met the main demands of the strikers.

The strikes also paralysed firms in the private sector. Gabon was nearly cut off from the rest of the world late in February 2015 and then again in March 2015 when workers at the main Internet provider Gabon Telecom walked off the job, also demanding higher wages.

Oil workers also downed tools, heavily disrupting production and sparking major energy shortages in Libreville. Since oil accounts for 60% of state revenue, the tension undermined Ali Bongo’s regime. Additionally, due to a serious downturn in revenue through the worldwide oil glut and the substantially lower oil price, many major Government funded infrastructure projects have ground to a standstill for lack of funds.

The Opposition took some advantage of the groundswell of discontent in 2015 by calling on Ali Bongo to step down, and an opposition rally in Libreville in December 2015 turned bloody, leading to a small number of deaths.

The outcome of the 2009 presidential poll also led to violence and looting in Port Gentil, the country’s second city on the Atlantic and a hub of the oil and timber trades.

Many Gabonese echo the same refrain as a young, unemployed man in Libreville who declared recently that “it’s now more than 50 years that we’ve put up with the same family in power and nothing has changed for we ‘makaya’ [street people]. We want change”.

Whether that change will come is to be seen, though this election is predicted to be closer than the election of 2009 and there is a real likelihood that the usually restrained Gabonese will protest more violently if they feel that any candidate, including the incumbent, may be trying to subvert the will of the people.